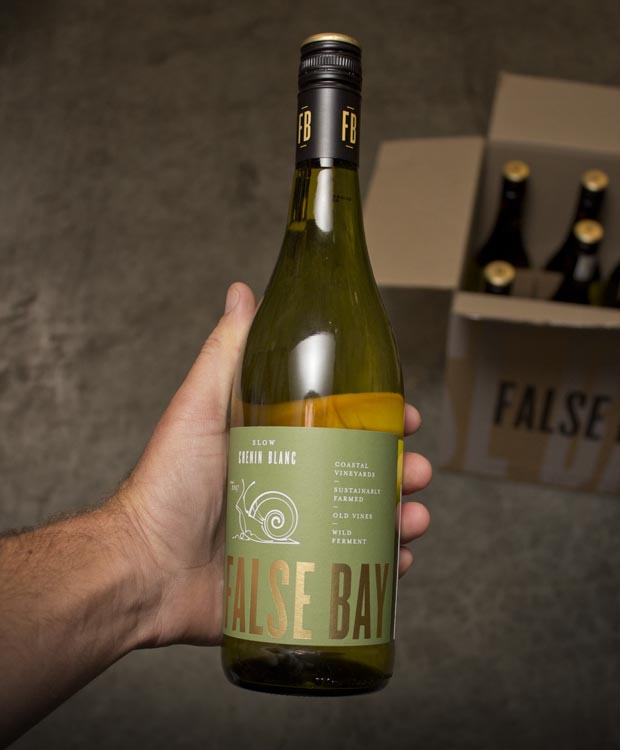 Sure, sure, $12 and 91 POINTS is headline-grabbing (um...YEAH!) but much more interesting is the nervy, scintillating, uber-freshness of this snappy Chenin from South Africa -- it’s an iconic grape that utterly EXCELS in the region, from a MASTER producer, and we've got it in da house! Take-me-to-the-pool-with-you priced at an astounding $12. Fun to say, too -- “Waterkloof!”! Did we mention 91 points Vinous?

In 1993 Paul Boutinot commenced his search for a vineyard site with the potential to produce truly fine wine with a defining sense of origin.  It took ten years to narrow the search down to a small area on the south-facing slopes of the Schapenberg, overlooking False Bay in the Cape. Now he is one of the most respected vintners in the region -- this Chenin Blanc will tell you why!! We think it’s got beautiful freshness, whiffs and flavors of crisp pears, chamomile tea, apple skin and the barest hint of honeysuckle on the finish -- mostly it’s delicious, racy and tasty -- again, at the price, a shocker!

Just read the Vinous review! “...upfront yellow plum, honeysuckle and broom bouquet that opens nicely in the glass. The palate is fresh and crisp on the entry and slightly waxy in texture. The finish shows wonderful varietal expression, featuring hints of marzipan, crushed almond and fennel. Excellent.”

Schapenberg (Afikaans for ‘Sheep Mountain’) nestles almost in the centre of the embrace of the Hottentots-Holland and Helderberg mountains. Its highest point is 300 metres above sea level and a scant four kilometres from the False Bay coast.

In 1993 Paul Boutinot commenced his search for a vineyard site with the potential to produce truly fine wine with a defining sense of origin.  It took ten years to narrow the search down to a small area on the south-facing slopes of the Schapenberg, overlooking False Bay in the Cape. As soon as he was led up a steep ravine opening out into a hidden amphitheatre of potential, all his experience and intuition told him: THIS IS IT! Although grapes were planted on Waterkloof since the early 1970s, the production of fine wines originated when the farm was planted, with some of the best material available, in the mid-1990s. Paul Boutinot took over the property just before the 2004 harvest, but the first vintage bottled under the Waterkloof name was from the 2005 harvest. Finally, in 2009 a state-of-the-art gravitational cellar, tasting room and restaurant was constructed on the Schapenberg and Waterkloof began exporting its unique wines around the world.

Grilled chicken salad, various appetizers like oysters on a half shell.