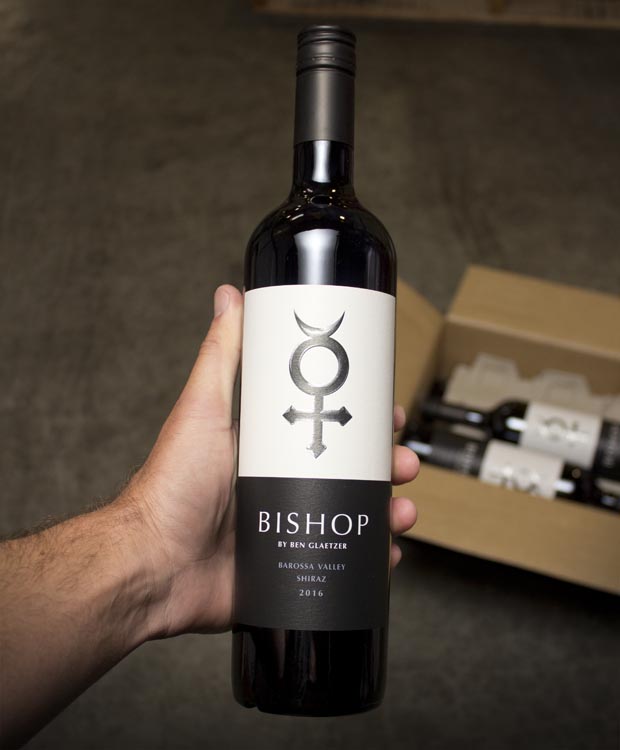 Sure, sure, the screaming headline here is a 95-POINT roller-coaster-ride of badass Shiraz at a whoppingly awesome price, but we gotta say, Glaetzer is like one of our OLD TIME faves from back in the late 90s and 00s (we have actually been selling wine online for that long...) when Robert Parker basically put these new-to-America blockbusters on the map. WHAT A PRICE today!

So -- happy Sunday to ya! Pour you a glass of this powerhouse? Sure, thanks! Let’s rock!

*** quick warning: this packed red wine is NOT for the faint of heart. Steel yourself! Did we mention 95 points and $28?

Glaetzer makes this purple-black bottle of highly-drinkable loveliness from 35-120 year-old vines (wow!!) and ages it (not too long) in new French oak barrels. We love that it’s BIG, deep and brooding of course, and retains nice harmony despite its generous size. Killer savory black and blue fruits --- think blueberry, mulberry, boysenberry, fig, wild blackberry...whip in some clove, smoked meat. Cocoa dust...lip-smacking and super long on the finish...the spices and brambly fruit just keep rocking. Utterly terrific stuff that is a STEAL, we tell ya, for a 95-pointer!

Good to see Glaetzer is still as good as the old days. They are quite a bit more collectible and in demand now, though, so we don’t have much...thus a relatively quiet Sunday offer. Get it while it lasts…!

In mythology, the symbol meant the Roman goddess Venus or her Greek equivalent Aphrodite.
But the sign has also been linked back to ancient Egypt – a nod to Bishop’s link to Amon-Ra and Anaperenna.
Previous Next

The first Glaetzers settled in the Barossa Valley in 1888 after emigrating from Brandenburg, Germany. The family left Germany on board the Nord-Deutscher Lloyd steamer “Habsburg” and took seven weeks to reach their final destination of Port Adelaide. From here they settled in a country town called Nuriootpa in the Barossa Valley where they started their new life in Australia. The family were some of the earliest recorded viticulturalists in the Barossa Valley and Clare Valley.
Over a century later, winemaking patriarch Colin Glaetzer established Glaetzer Wines, a boutique family owned winery producing premium Barossa Valley wines. Today Colin’s son Ben carries on the wine making traditions at Glaetzer Wines. Indeed it was the birth of Glaetzer Wines that signaled a new era for Colin’s family which boasts more than its fair share of winemakers.