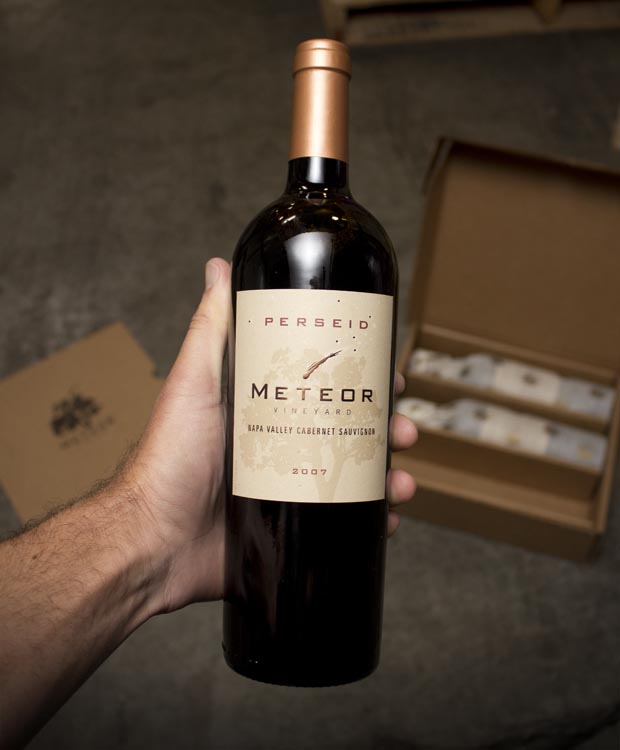 No -- you haven’t lost your grip on reality. This is actually happening…

*** ahhhh...Napa Cabernet collectors...it’s HIGHLY suggested you do anything in your power to get on the site and snag this --- crazy limited today. 2007!! WOW!!!

We’re just gobsmacked.  (quietly collects self) --- OK. Here’s what you need to know:

* A staggering $95 OFF current retail pricing. Yes, no typo. Hey, we know, we're floored, too. These kinds of things only happen because we’re at ground zero here in the lush, verdant Napa Valley!!

* The superb 2007 vintage. Just now hitting its drinking window, with another decade or two ahead of it...still hard to fathom...

OK - that's the condensed version, if you're not already on the checkout page --- we'll NEVER SAY how we pulled off an astounding score like this, but just go with it (while it lasts...). Here is more info from the most-excellent Vinography blog (Alder Yarrow).

Yes, it is drinking fantastically. It’s intentionally in a more "Bordeaux" style, but has plenty of Napa sauciness. Really just now coming into its own, drinking GORGEOUS. Lush, layered, deeply complex.  Another few years will only add to its complexity....but now you have violets, lavender, mocha, sweet tobacco, spicecake, cigar box….just crazy good. We're in a bit of disbelief, actually. This is one of those things...just carpe diem that stuff until it is gone...!

Crazy good pedigree, with some legendary people behind the making of this blockbuster Cabernet! With 12 years under its belt, this wine is peaking for sure, but has plenty of life left.
Previous Next

Meteor Vineyard is the confluence of an extraordinary Cabernet vineyard in the southeast corner of Napa Valley, the entrepreneurial vision of internet pioneer Barry Schuler, the viticulture history and expertise of Mike Wolf and the consummate winemaking talents of Bill and Dawnine Dyer. Located on a knoll in Napa Valley’s Coombsville appellation, our unique combination of elevation, aspect and stony, rich volcanic soil produces some of Napa Valley’s most distinctive Cabernet Sauvignon. We produce just two wines, both all estate and 100% Cabernet Sauvignon. Additionally, as our wines are made for the long term, we keep a complete library going back to the inaugural 2005.