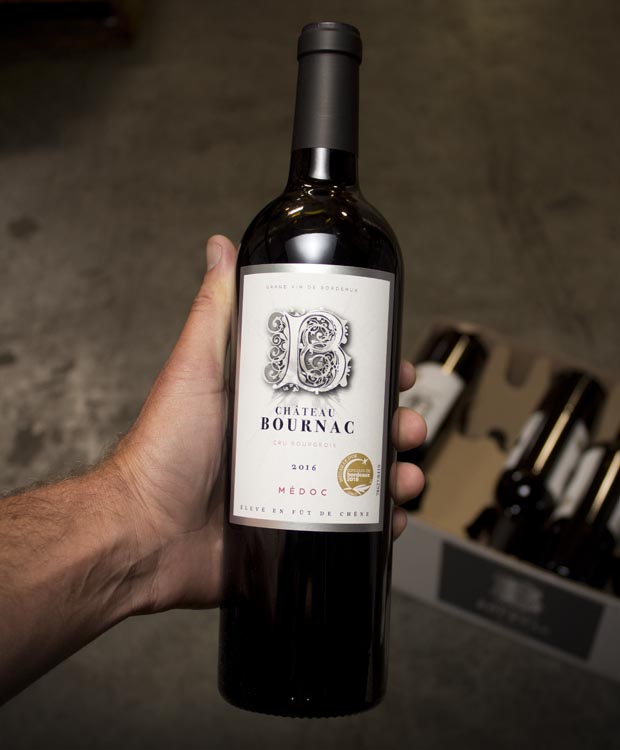 Just turn off the mower, pause the TV, take a break in your run or whatever to make sure you lock this in -- we’re offering it on a Sunday because we do NOT have much (especially as a whole bunch of us here at the office bought it!).

Got some? Cool. SO --- here’s the deets: The Chateau dates back to the 1870s, but the real story is the Secret family’s purchase in 1970, and the current ownership of the most recent generation of Secret brothers. These two young winemakers have done HUGE upgrades to the winery and property, and the wines are at their best since right now, today. With a SPECTACULAR vintage like 2016, and a drop dead crazy price, this is a colossal no-brainer if you love sexy, supple and built-to-drink-with-wild-abandon wine. Sure! At $15, drink with MANIC abandon!

Blackberry pie, crushed violets, dark cocoa, and drinks with delicious ease, like so many of the wonderful 2016s. Not a lot! Grab some!

Since at least the 1870s, the vine is grown on the estate, indeed, we find a trace of the castle Bournac in the book "The Médoc and its wines" of "Théophile Malvezin and Edouard Féret", in 1876 the property produced already 50 barrels of wine. October 30, 1915, the son of the owners is declared dead for France, and without buyer, the property is left little by little abandoned.

The SECRET family arrived at the head of the property in 1970, after having grown cereals in "Picardie", Pierre SECRET moved to "Civrac en Médoc" where he bought the property. The vineyard with plots of red grapes and others of white grapes, is under brambles, buildings partly in ruins. The Château was bought a few years earlier by an architect who rebuilt it entirely.

Pierre SECRET and his sons, while restoring the buildings, plant the first parcels of vines in 1975 until reaching 14 Ha in 1980, the property was classified "Cru Bourgeois" in 1979.

In 1980, the two eldest sons, "Hubert and Didier SECRET" create their own farm "Château La Chandellière" classified Cru Bourgeois in 1989, and reach 31 Ha in the 2000s.

In 1990, Bruno Secret succeeded his father and remained on the family property until 2008, in 2003 the vintage had been classified "Cru Bourgeois Supérieur" (see appendix). The departure of Bruno gives way to the new generation "Guillaume and Thibaud SECRET" the two eldest sons of Didier, who settle with their father "Didier" and their uncle "Hubert" by bringing together the two farms under the same company: the "GAEC DE CAZAILLAN", while keeping their two vinification and breeding sites well separated, only the storage of bottled wines and packaging are shared.

In 2017, the château of the property "Château Bournac" is put on sale, it is then that Guillaume and Thibaud acquire it to be able to link it again to its original exploitation, and make a lodging, which allows to offer the farm an oenotourism activity by hosting their customers and the tourists who come to see the vineyard Médocain and the coasts.