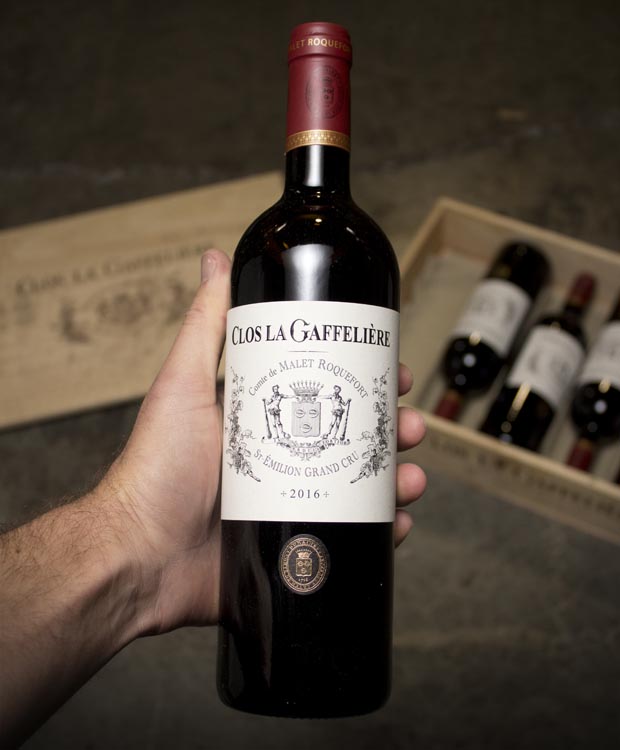 OK, ok. 2016 Bordeaux --- you’ve heard us GUSH, prattle on, and adulate about these lush, complex, killer wines. Hold on to your hats, or beanies, or tennis headbands --- we scored a small batch of the 91-92 POINT 2016 “second” wine of the much-coveted Chateau La Gaffeliere Grand Cru from St. Emilion at a FANTASTIC price -- the best in the U.S.!

Clos de la Gaffeliere is the lush, round, ready-to-go, hella-affable younger brother --- the wine you drink now and over the next 5 years or so. Produced from the younger vines on the estate, it is well-known and well-regarded around the globe as a major over-deliverer. In a vintage like 2016...just trust your Napa wine merchant and GET. SOME. Not a lot of this, to be sure!

You might think you are drinking a Napa wine, come to think of it --- round, sweet cherry fruit, dense, dark color, toasty, spicy French oak, Asian spices, blackberry extract...rich and lovely and hitting all the right buttons right now, today (we know as we are currently drinking it...don’t judge…) --- a SWEET buy! Super limited!

La Gaffelière is one of the oldest family-owned vineyards in Saint-Émilion. It is believed that in the 15th century, the Château of La Gaffelière wasn’t a winery at the start. In fact, the Château was probably used for people affected by leprosy, a “gaffet” in Gascon meaning leper. Not the most appealing story for the winery but an interesting piece of history nonetheless.

Born in 1985, Clos de La La Gaffelière is produced mainly from the young vines and is the second wine of Château La Gaffelière. The wine is a blend of merlot and cabernet franc, whose percentage differs according to the quality of the vintage. It is a “wine for pleasure” with great early drinking ability, but in a vintage like 2016, the ability to evolve over 5 to 10 years with ease.


The work in the plots of Clos is the equal to the actions in the parcels for the first label : pruning, cover, de-leafing, green harvest, hand-picking.  In the cellar, the same technical gestures pace the successive stages of vinification. Clos La Gaffelière has now a firm and recognized identity . First, it was exclusively proposed to private customers. Bordeaux negociants start to be interested in the vintage since 2000. It is now sold as a future wine to professionals.