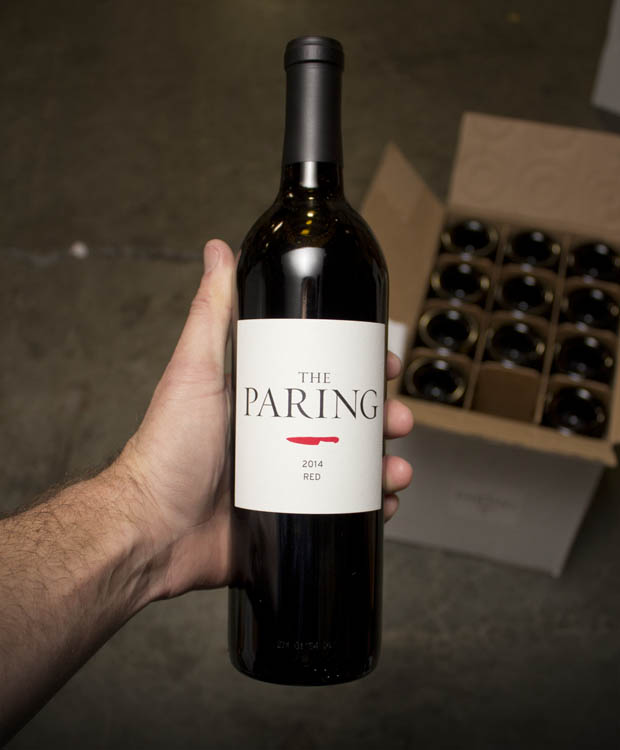 Everyone who has ever bought this incredible, smashing deal of a wine from the winemaking team behind Jonata, The Hilt, and the same owners as a certain well-known Oakville winery named after a raptor feels that The Paring Cab is one of the most insanely great, absolute crushing QPR (quality/price ratio) Cabernet-based wines around. So when we had another brief, lightning-flash moment of opportunity to buy some more, we went all in! Lucky Break indeed, that doesn't even begin to describe it!! We’re breathless to even have enough of this (that’s why we call these lucky breaks) to sell! Abandon WHATEVER you are doing for 41 seconds and get some of this Cabernet blend RIGHT NOW. Anyone who bought it last time will be WAY ahead of you!

Buy more than you think you will want. Not only is this a well-known, rockstar of a Cabernet deal out in the wonderful world of wine, it has gotten immensely popular and harder to obtain than ever. A very cool and unique wine, the winery describes it thusly: "Paring Red is a Bordeaux style blend that is made at JONATA entirely from vineyards we own and farm. Paring Red offers a pairing of the best of Northern and Southern California. There is truly no other wine like it."

Take two genius winemakers from north and south California wine country and get them together to blend up a rich and intensely-flavored wine, and then somehow sell it at a price like this. Well, it brings actual tears to our eyes. Most of the wines coming from these two wineries collectively range in the $125+ and much, MUCH higher! We're not kidding about stocking up, because once you taste it....well....OK, we've gone on too long...what a day!! Woo hoo!!

Made from the vineyard blocks that are either too young or don't fit into the vintage style of the highly acclaimed Jonata and The Hilt wines—The Paring is essentially a "chip off the old block.

The Paring Red and Paring Sauvignon Blanc wines explore different blending opportunities where experimentations with site and varieties are key; select vineyards are defined and farmed to our rigorous standards, wine lots are blended and aged together to reach balance and enjoyment.

The Paring Pinot Noir, Rosé of Pinot Noir, Chardonnay and Syrah wines explore different styles and vineyards: from the precise and complex Chardonnay and Pinot Noir from Sta. Rita Hills and Santa Maria Valley to the deliciously rich and versatile Syrah from Ballard Canyon.

The Paring wines are for pleasure. They make every effort to strike a balance between volume, and texture, both direct results of the beautiful Santa Barbara sun and cool oceanic winds.