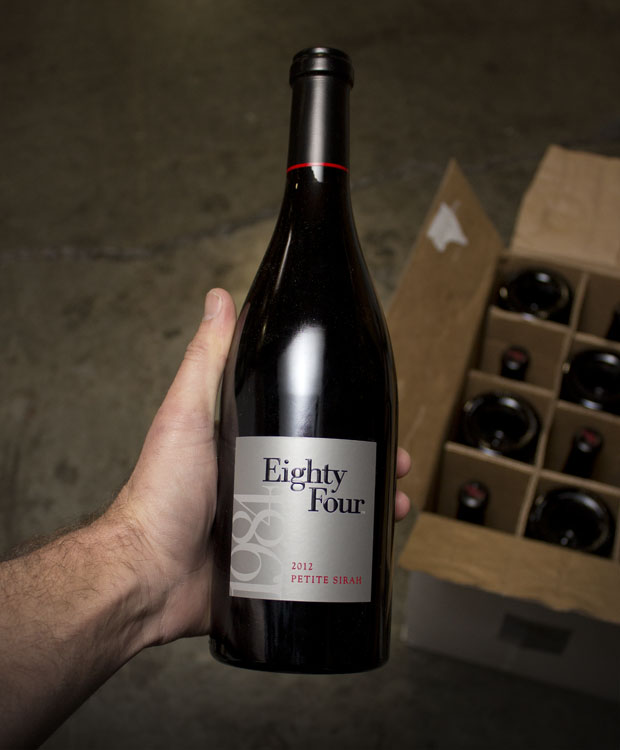 GUESS WHAT? Literally the moment after we secured more of this 93-point, rare-to-find Petite Sirah from SHAFER, the wine scored 95 POINTS from Jeb Dunnuck! Fortuitous? Straight up mad lucky?? Who cares, just do anything in your power to secure some…!

DO NOT pass this by if you love BIG, powerful, plush red, we beg you….ever hear of a little Napa Valley winery called SHAFER? That little quiet winery in Stags Leap District that has made dozens and dozens of amazing wines scoring in the 95-100 point range? Yeah, THAT one!!!

Here’s the lowdown if you missed it last time (we sold out QUICK, and there’s even less to go around this time with the new 95 score!). This is 95-POINT Napa Valley Petite Sirah from Doug Shafer and Shafer winemaker Elias Fernandez. Lush 2012 vintage. The two started making wine together in 1984, and to get out of the Cabernet box they are so notably and deservedly famous for, they started Eighty Four to try their hand at grapes like Petite Sirah, Albarino and others. Not shockingly at ALL, they got big press and scores for this one...and it is a beautiful sexy BEAST! The lush, warm 2012 vintage shines here, too ---- really, you need to experience this as much as taste it….we are talking OODLES, MASSES, BASKETS of blue fruits, purple fruits, crazy, head-spinning levels of secondary spices (think: cinnamon, roasting coffee beans, pie crust, vanilla bean, red whips…). It’s AWESOME. Spend some time with this wine, get to know it as it opens and changes...just amazing.

Beyond stoked to have scored some more --- at the same PRICE!!! People, what are you doing?? GET it!! While it lasts…!

Who even KNEW these two legends were making Petite Sirah?
Previous Next

Doug Shafer and Elias Fernandez started making wine together in 1984. Doug had just been hired as the winemaker at his father's winery Shafer vineyards a year prior when Elias joined to take over winemaking. Eighty Four is Doug and Elias' new playground to get back to their roots of experimenting and challenging themselves like they once did in those earlier years. Working with the unsung hero grapes like Albarino, Petite Sirah, Malbec and Gamay, if your looking for a break from the Cabernet and Chardonnay train, check these wines out!