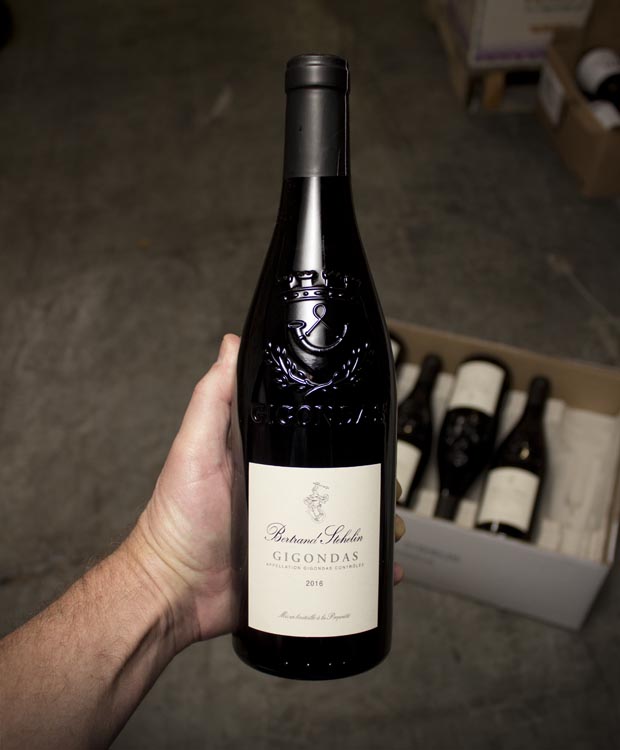 “Two thousand sixteen is one of the most consistently outstanding vintages for Gigondas that I have ever tasted...a slam dunk” -- Vinous

GEE-GONE-DAZ! Gigondas is SYRAH, gorgeously pure, beautifully balanced but packed flavor, from the brilliant Bertrand Stehelin, at the best price on Earth! Oh, and a DOUBLE 90-92 POINTER to boot!

That’s what we are TALKIN’ about! We are talking PURPLE! Deep color, deep flavors of raspberry, orange peel, black cherry, woodsmoke, tasty spices and warm, toasty wood, with a surprisingly sexy, silky mouthfeel with fine tannin that reminds you this is serious stuff (just not at a serious price today!). Delicious, complex and shows different sides every time you take a sip. LOVE IT. This will age, too, if you can keep your hands off it for a few years, but honestly we doubt it once you get a bottle open and taste it yourself…while it lasts!

Mont-Thabor is one of our all-time favorite Chateauneuf-du-Pape producers, but guess what? A branch of the family owns a tiny property in Gigondas and the wines are just as good. Price to quality ratio is off the charts here!

In the 1400s, the Stehelins were a band of Swiss Mercenaries called into battle for hire in various wars, with “Stehe” meaning “holding” and “Lin” meaning “weapon” in old Swiss. It wasn’t until 1620 that Bertrand Stehelin’s ancestors (Leydier) showed the first signs of owning land and making wine at Paillère et Pied-Gu in Gigondas. In 1840, Fritz Stehelin left Switzerland to buy Château Mont-Thabor in Châteauneuf-du-Pape. Bertrand’s uncle, Frèdèric, runs the winery today.

Directly following their marriage in 1979, Bertrand’s parents produced their first vintage together at Domaine Paillère et Pied-Gu. Bertrand’s legacy didn’t begin until 2004 when, at 24, produced his first vintage under his own label from 4 hectares in Gigondas. He also owned vines in Sablet and rented 1 hectare from his uncle in Châteauneuf-du-Pape. Caroline Stehelin, Bertrand’s younger sister, joined her brother at the domaine in 2012.