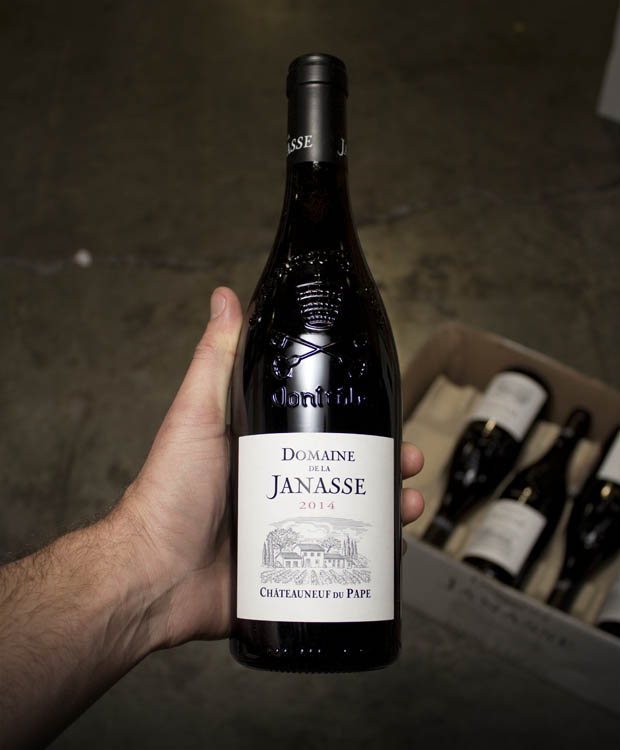 Jacumin is sold out!

Them: “If you buy everything we have…”

Boom! That is how we roll when it comes to killer-diller, diggalicious, rich, wonderful, happy-making world-class Chateauneuf-du-Pape!! YES! Best price on Earth!!


Here’s the thing: 2014 in Chateauneuf made wines with FANTASTIC, “Burgundian”-like weight -- they’re a bit less jammy and that makes them SENSUAL and absolutely wonderful to drink now (although you can hold this one for a decade). Domaine de la Janasse is a David Bowie-level rockstar, of course, with more huge scores and critical acclaim than we could ever count up. And like some of the old Bowie stuff, it is MIND-BENDING in the best way -- super complex and packed with warm berry compote, lavender perfume, crushed rose petals and tasty pie crust, sweet herbs (think tarragon, spearmint, star anise, cinnamon…) and just wonderful weight and mouthfeel. Crazy-delish to drink (we know, we ARE drinking it).

Due to its fragmented structure -more than sixty plots- the area of La Janasse covers a mosaic of terroirs. Thorough research on soil, exposure and microclimates helped to ideally organize the vineyard. White varieties and syrahs were preferably planted on sandy limestones, exposed eastward of the appellation in order to preserve freshness, acidity and fineness. Mourvedres were planted on clay-limestone soils covered with river rocks so as to reach perfect maturity.

In 1967, Aimé Sabon came back from his military service. He took over his father’s vines, who used to take his grapes to the wine cooperative. In 1973, Aimé built his own cellar. Domaine de la Janasse was born and named after the family farm that was in Courthézon, in the locality of “La Janasse”. Aimé was ambitious. He knew he had fabulous soil and he wanted to expand the estate by acquiring new plots. From 15 hectares at the very beginning, La Janasse has now reached more than 90 hectares.

In 1991, after a technical diploma in viticulture and oenology in Beaune, and another one in marketing in Mâcon, Christophe Sabon –Aimé’s eldest son– came back to La Janasse where he was given the keys to the cellar. From then different cuvees were developed, new markets conquered. In 2001, Isabelle –Aimé’s daughter– graduated as an oenologist from the University of Toulouse, and joined the team. With Hélène, Aimé’s wife, the family was reunited again in La Janasse.