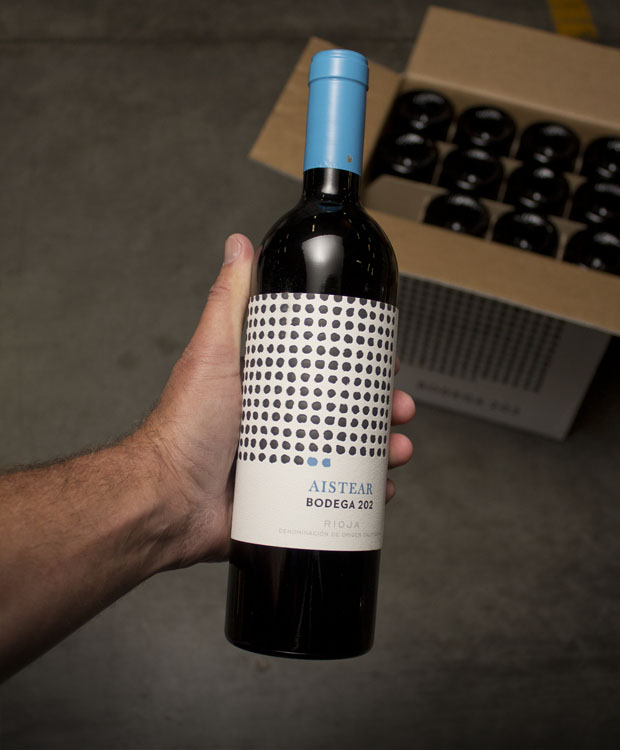 The jewel of Spanish wine – Rioja! But check this out… 93 POINTS, OVER 60% OFF Rioja, for an absolutely soup-sandwich crazy price!!! That’s how we do – Last Bottle style!!!

Bodega 202 has a pretty simple philosophy when it comes to crafting world-class Rioja – Old Vines and Altitude. That ethos has served them quite well, with Tim Atkin proclaiming, “Bodega 202 is one of the most conspicuous Rioja success stories of the last decade.”

These folks know a thing or two about chasing the sun… they traversed the top of the peaks, to find the best and oldest vines throughout Rioja – often up past 600 meters, with the majority of their vines 80-100 years old! All to make the highest-toned, most elegant, and alluring Rioja possible. This is a sexy, modern, and intensely fresh style of Rioja belting out with ripe cherries, black plums, candied violets, Tahitian vanilla, tobacco, cedar, green peppercorns, and more! Crazy depth and a distinct mineral finish of strength and unbridled power… this is Rioja ready to rock! Wait until you see the price! Surely, it can’t be, right? Sounds like a $70 bottle at LEAST! But this is the Last Bottle universe, where we turn numbers like that upside down!! Rich, complex, taut, and powerful Rioja that is simply…AMAZING!!!

We don’t get a lot of Rioja in general, but this one stopped us in our tracks, and we HAD to have it. Founders Francis and Kathleen Rooney (he’s a former U.S. Representative to the Vatican) came across these vineyards on a little sojourn from their pilgrimage along the historic Camino de Santiago. They immediately fell head over heels for the land, the people, and that unbelievably appealing Spanish way of life (Siestas! Tapas! Fireworks! OLE!!). They purchased their favorite vineyard, brought on a local Spanish partner and winemaker in Luis Güemes, and Bodega 202 was off! Now managed by the second generation, the property continues to produce small-lot wines that are simply breathtaking. 100% tempranillo, 100% new oak (75% French, 25% American) for 14 months…this is 100% the best Rioja deal out there!

“Black currant, black cherry, iron, cedar and vanilla aromas and flavors are at the heart of this solidly structured red, with violet and cassis notes emerging as this plays out on the long finish. At once silky and dense. Best from 2023 through 2033. 1,000 cases made, 750 cases imported.”

“A spicy and complex nose, showing peppercorns and blackberries, together with walnuts, tobacco and sweet-toned spices. Medium-to full-bodied palate, loaded with lots of juicy, creamy tannins. Tempranillo. Drink or hold.”

AISTEAR is a “mosaic wine”, obtained from very old plots located in both eastern and western sides of Rioja Alavesa that share the same voice but add the special and distinguished nuance of each place. Intense fruit expression, flowers and sweeter aromas are part of its character that configure extraordinary aromatic complexity, balance and finesse.

Founded in 2014 by Francis and Kathleen Rooney, Bodega 202 strives to handcraft small batch vintages from old mountain plots, focusing on quality over quantity. The Rooney’s Rioja journey began while walking the Camino de Santiago, “Saint James Way.” There is no better way to experience Rioja, the land, the wine, the deep history, and the warmth of the people than walking through the Ebro Valley. Step by step, Francis and Kathleen fell in love with Rioja.

Each Bodega 202 vintage should express the nuance of aroma and terroir particular to its plot in Rioja, with innovative markers to impart our signature on the wine.

Our viticulture philosophy is minimal intervention to maintain a natural balance. We use Aromatic and Medicinal Plants alongside our vines to raise aromatic complexity and combat enemies in a sustainable way.

During harvest, our goal is to get the best grapes from vine to selection table as quick as possible. We have developed “seedless tanks” to remove seeds at the beginning of fermentation, which improves astringency.

We carefully choose the best cooperages to combine the oak barrels that best suit our plots. This is where our parcel wines are aged for several months. 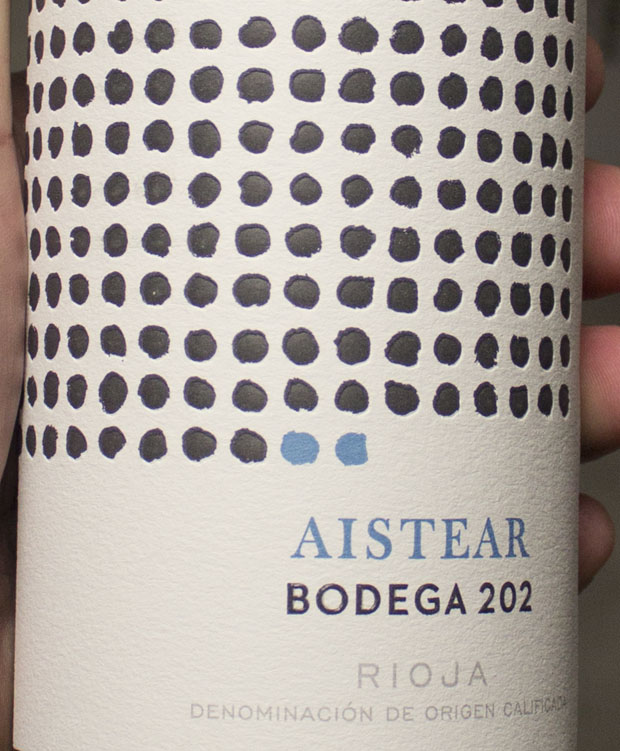