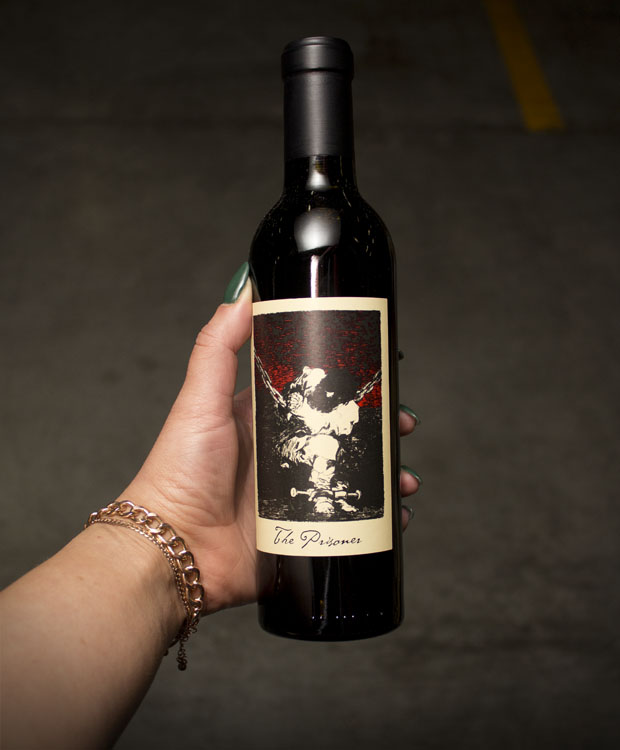 ARE YOU KIDDING ME? 2010, folks. That’s the last vintage we offered of the Prisoner...that’s how long it's been. This BEAST is THE meteoric wine of the last 50 years, no question...and likely of all time. This is the one that broke all the rules, laid waste to fussy and outdated notions of tradition, what grapes could be blended together, how wine can and should be sold...EVERYTHING. Barely enough, don’t delay; just jump ahead and grab two cases of these half-bottles...they will be GONE in record time!!!

Lordy, I hope you got some already… THE PRISONER!!! 45% OFF?!?! WOWZA. We might not even exist without Dave Phinney going all-in on a ripe, heavy, powerful-yet-pleasing, kitchen-sink red blend all those years ago. Certainly, many of the producers we feature dwould never have come to be without this trailblazer. Seriously, it changed wine forever. But enough fan-boying (another deep breath)! This is a big deal, and I’ll leave it at that. A classically non-classical blend of cabernet sauvignon, syrah, charbono, and petite sirah – this Prisoner gives you all that you’ve come to expect, blowing your hair back (or even clean off!), with notes of ripe raspberry, marionberry, blackberry preserves, Tahitian vanilla, coconut, pomegranate molasses, mocha, fudge, black figs...and...AND, the signature smooth and luscious finish is just classic Prisoner, leaving you with a heady anticipation of your next sip...or gulp, rather. You're either in or you're out on this one...to the fastest fingers go the spoils!

Our brand name and flagship label were inspired by an etching titled Le Petit Prisonnier by 19th century Spanish artist Francisco Goya. Its subtitle translates to “the custody is as barbaric as the crime”. The sketch is part of Goya’s series The Disasters of War, created as a visual protest to the injustice and brutality of the Spanish War of Independence in 1808. From our founding, The Prisoner Wine Company has stood against oppression while embracing creativity. Fighting injustices in our society, especially those tied to our prison and policing systems, is indelibly etched into our identity and a focus of our commitment as an organization. At The Prisoner, we know that the problems in the U.S. prison system are ingrained, nuanced, and seemingly intractable. We also believe that change can happen and that it starts with conversation, collaboration, and creativity.

When you outgrow winemaking tradition, you must forge your own path. And we did. The Prisoner exists because of the collaboration with our growers, many of which have been with us since the very beginning—from the Solari Family Vineyard in Calistoga, where old school sensibilities meet new techniques, to the Korte Ranch in St. Helena, a vineyard whose diligence outlasted the Prohibition and has sustained four generations.