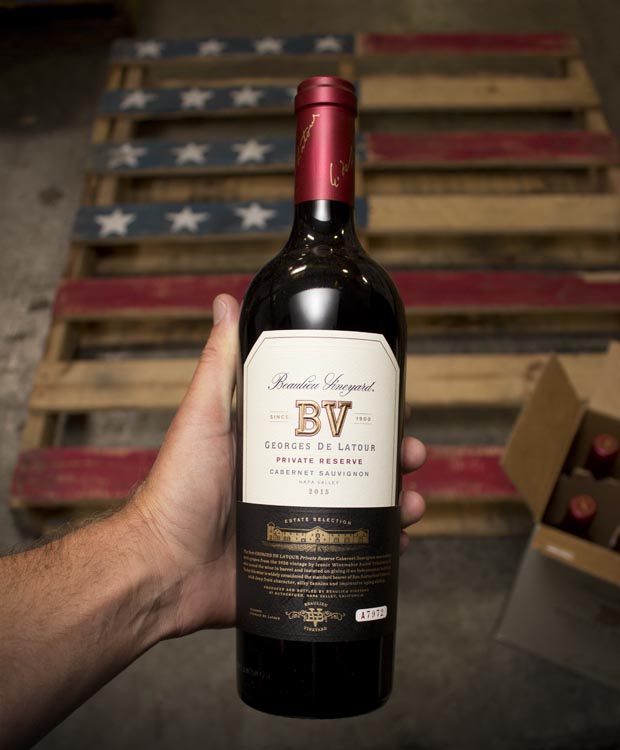 Problem is, there is so precious little of this 98/97+/double-96 POINT LEGEND, the colossal 2015 BV Georges de Latour Private Reserve, we’re loathe to even say anything about how kickass it is...we’re just going to sell out too quick…

But hey, some of you gotta get some, so may the best person win!

Did you know? The first vintage of this special Reserve wine was from 1940. The average price of a car was $850. Gas was 11 cents. At BV, the legendary André Tchelistcheff had just started as winemaker and set BV on its course to Napa Valley greatness. With the 2015, BV is making its greatest Reserves in many years --- the raft of critical acclaim is immense on this one! Wow!! Special occasion time, baby!!

Some of the notes: “Full-bodied and absolutely laden with layers of black fruits and spices, it has a firm, grainy frame and seamless freshness, finishing very long...Floral notes add aromatic intensity to a core of red cherry jam, pomegranate, blood orange, mint and sweet spice notes. Racy and unctuous to the core...This is the real deal and count me impressed.”

We drank some. It was ALL THAT. Best price in the USA. An American classic. Read some more about the rich history of BV HERE, if you like. First come, first served!!!

"The winemaking legacy at Beaulieu Vineyard remains unbroken for more
than a century. Our story is one of this remarkable place and the
extraordinary people who shaped winemaking in America. We respect
classic values and the art of craftsmanship, and believe that these
aspects of our heritage cannot be left behind."