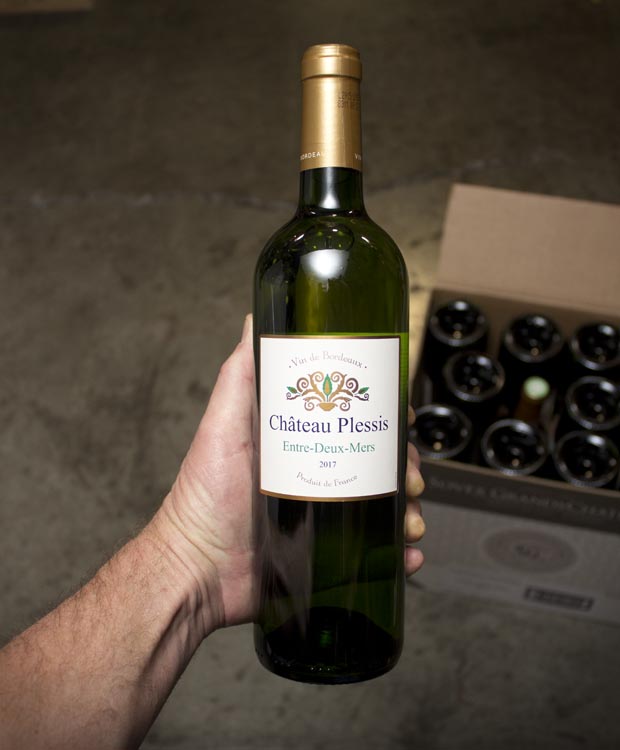 I wanna' do the freak until the break of dawn

Tell me party people is that so wrong?

The ship is docking, interlockin'

Do you know what is mind-rattlingly electro-shockin’? WHITE BORDEAUX for $10 --- TEN! A miracle of quaffable excellence, bone-dry Sauvignon Blanc-based electricity for daily drinking par excellence! HEY --- this just landed in our warehouse and the first thing we all thought was (after we opened a bottle)…”there is not enough…”, so grab this whiplash of a deal ASAP!

This isn’t a bottle to geek out on, it’s a bottle to QUAFF with unbridled enthusiasm. At this price? Zippy, brisk and fresh-as-a-cool-mountain-stream, this is just insanely light and popping with gooseberry, lemon rind, a wisp of something more tropical, like passionfruit, but mostly it’s all about pure, clean, chipper white fruits and citrus. So much yum happening and a mind-blow deal. BUT...you know...these kinds of things have a tendency to sell out quick…! While it lasts..!

Entre Deux Mers takes its name from its location, which is a large, triangular, shaped region situated in the middle of two bodies of water, the Garonne river to the south and the Dordogne river to the north.

The Entre Deux Mers region has one of the longest histories as a wine producing area in France. In fact, Entre Deux Mers dates back almost 2,000 years which was when it was first planted to grapevines by the ancient Romans. But Entre Deux Mers earned its reputation due to the wine produced by Benedictine Monks during the Middle Ages.