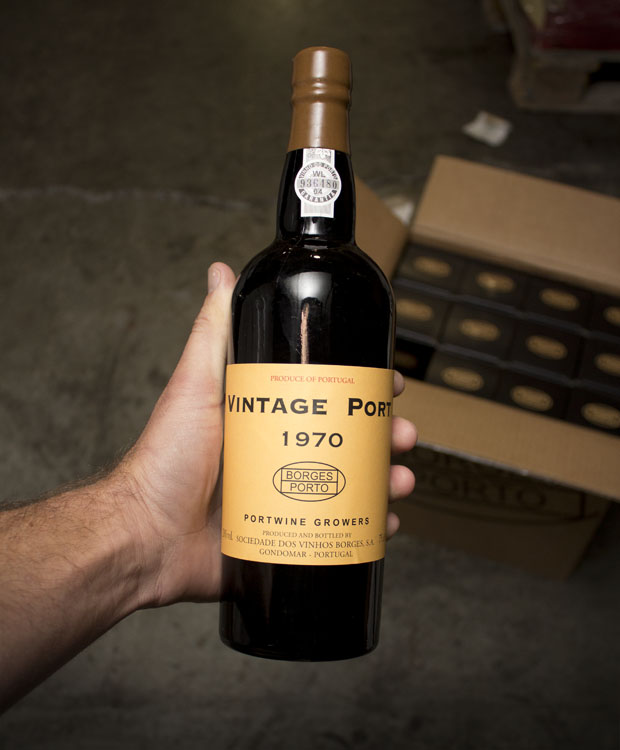 Unreal!! 48 year-old (know anyone turning 48??), off-the-charts, mind-expanding, insanely complex, dessert wine from Borges (founded in 1884), wow wow WOW! What a price! We have been waiting for this for many months and it just landed!! Seriously, is there a cooler bottle to have around for the holidays (or gifts, we might add!) than this?? SUPER-LIMITED --- please go get this ASAP if super-cool, aged Port is what gets your motor running --- it does around here, especially at the price we have!

Got some? Cool. Read on!

Bee Gees. ABBA. Ramones. James Brown. The Beatles broke up. Borges made a world-class Port from this highly-acclaimed “declared” Vintage (only the best years are “declared”, generally) and then in early 2018 a few guys from Last Bottle went into the dark, cold cellars and bought as much as they could! YES! Amazing!

This wine is poppin’. READ THE CELLARTRACKER LOVE! At 48 years of age, the complexity this wine has developed is ASTOUNDING. Much of the deep red color of young Port has faded and this reminds you almost of a Tawny Port. Have you ever had a caramel flan cake? Or a spicecake with rum? Or tiramisu? Dulce de leche? YES -- that is ALL going on in here --- unreal. Velvety, mouth-saturating texture and flavors of caramelized wood, candy-roasted nuts, sweet candied plums, toffee, coffee beans...just….just...too much! Crazy! Drink it now, drink it later, it’s all superb -- also, we love that you can keep a bottle of Port open for a month or so, so you can drink this all through the holidaze! Don’t even get us started talking about drinking it with cheese! AHHH! Good luck grabbing a few…very, very limited!

Almost 50 years of age! A spectacular score, perfect for the upcoming holiday season.

Country: Portugal
Region: Douro
Varietal: Touriga Nacional, Touriga Franca, Tinta Roriz
Winemaker: Jose Machado
Aging/Cooperage: The grapes ferment for 3 to 4 days in contact with the skins. In due time, the skins are separated from the must and a grape brandy with 77% v/v is added, in order to obtain a wine with 20% alcohol and 90 to 120 g/l of reducing sugars
Alcohol: 20
TA: 3.23 g/lg/100mLs

Founded in 1884 by brothers António and Francisco Borges, Borges was originally a banking and tobacco business, but pretty quickly the brothers expanded into wine, with the establishment of a wine exporting arm in 1891. Since then, mainly through acquisition of established estates, the company has become one of the most important producers of wine in Portugal with a history that plots their expansion into many territories.

This vintage can be enjoyed by itself but it goes equally well with full cheeses and chocolate or red fruit deserts. A strong cigar can also be the ideal accompainment.